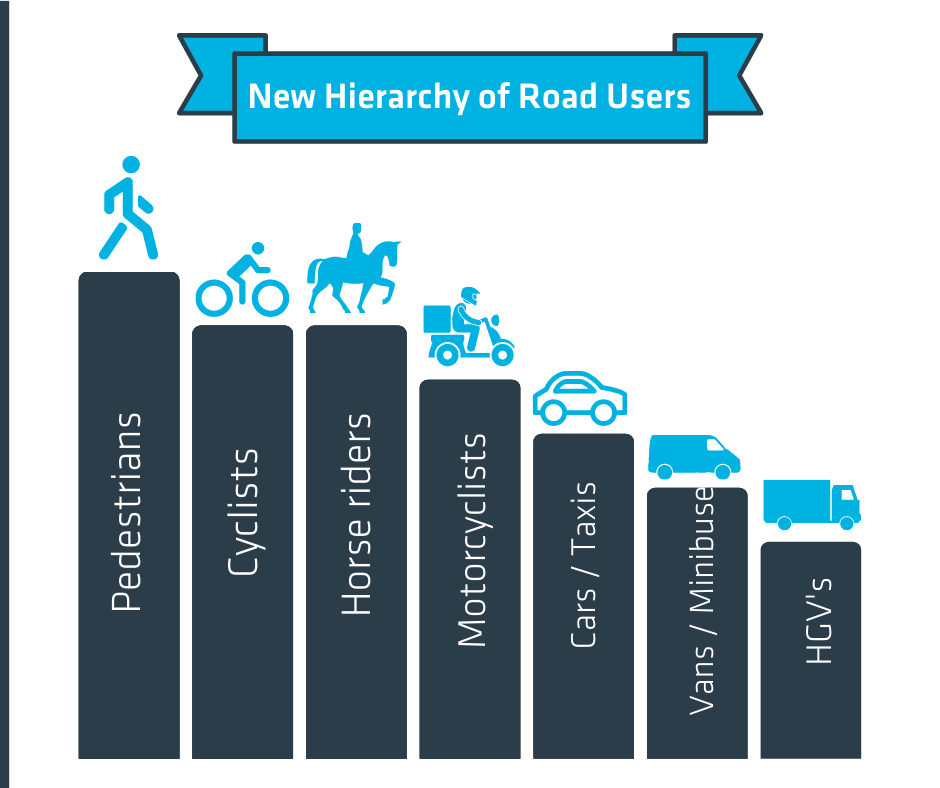 The UK’s leading road safety charity, IAM RoadSmart, has warned that a lack of communication
from the government regarding the sweeping changes to the Highway Code set to come into
force on the 29th January means that many motorists will be running the risk of inadvertently
breaking the rules of the road.
Indeed, four new rules and 49 changes to the Code include the requirement for drivers to give
way to pedestrians at a junction, as well as a new risk-based ‘Hierarchy of Road Users’, which
places more responsibility on the drivers of larger vehicles to look after more vulnerable road
users such as cyclists and pedestrians.
And while IAM RoadSmart has welcomed some of the changes, the charity has cautioned that
the new rules will be of very little benefit if the public aren’t made aware of them.
Neil Greig, Director of Policy and Research at IAM RoadSmart, commented: “There is very little
evidence from trials or pilot schemes that the new hierarchy or rules will help people feel safer
undertaking active forms of travel, which has huge benefits in terms of personal health, local
communities and the environment.
The vast majority of people won’t have read the Highway Code for many years, meaning it is
absolutely essential that changes are communicated in a simple, memorable and timely fashion.
Unfortunately, this has not been the case so far, meaning there is now huge potential for more
conflict on the roads rather than less.
“IAM RoadSmart will continue to inform its members and the wider public about such changes,
but the government must also do more to effectively raise awareness of changes coming in just
under a weeks time, ensuring Britain’s world leading road safety record is not put at risk.”
Concerns are also shared by bodies representing motorcyclists, who have asserted that the
Code has neglected the needs of motorcyclists.
Craig Carey-Clinch, Executive Director of the National Motorcyclists Council, added:
“Consultation with motorcycle user groups during the early development phase of the new code
was absent, so the new Code very much reflects inputs and changes in relation to support for
other active travel modes. As a result, the new rules do not fully reflect the needs of
motorcyclists as vulnerable road users.
“The NMC is also concerned about the creation of a transport mode hierarchy, as this can give
the impression that some road user groups are responsible for keeping others safe, when it is
absolutely vital for road safety that 100% of road users take responsibility for their own safety
100% of the time – this approach would reduce conflicts on the road and ensure that safety is
improved for all.”
Despite such concerns, bodies representing other vulnerable road users have welcomed the
new hierarchy of road users.
Alan Hiscox, Director of Safety at The British Horse Society (BHS), added: “The BHS welcome
these crucial changes to the Highway Code. They are a significant step forward for equestrian
road safety and will help protect vulnerable road users, making the roads safer for everyone.
“I am pleased that the BHS was able to represent the equestrian community within the Highway
Code stakeholder group, alongside other vulnerable user groups, to ensure that all equestrians
were included in the changes.
“Our Dead Slow campaign messaging about how to pass horses safely on the roads will be
included, as well as reducing the advisory speed to pass a horse from 15mph to 10mph and
including horses alongside cyclists in the hierarchy of road users.”

Below are graphics that show the new Highway Code rules