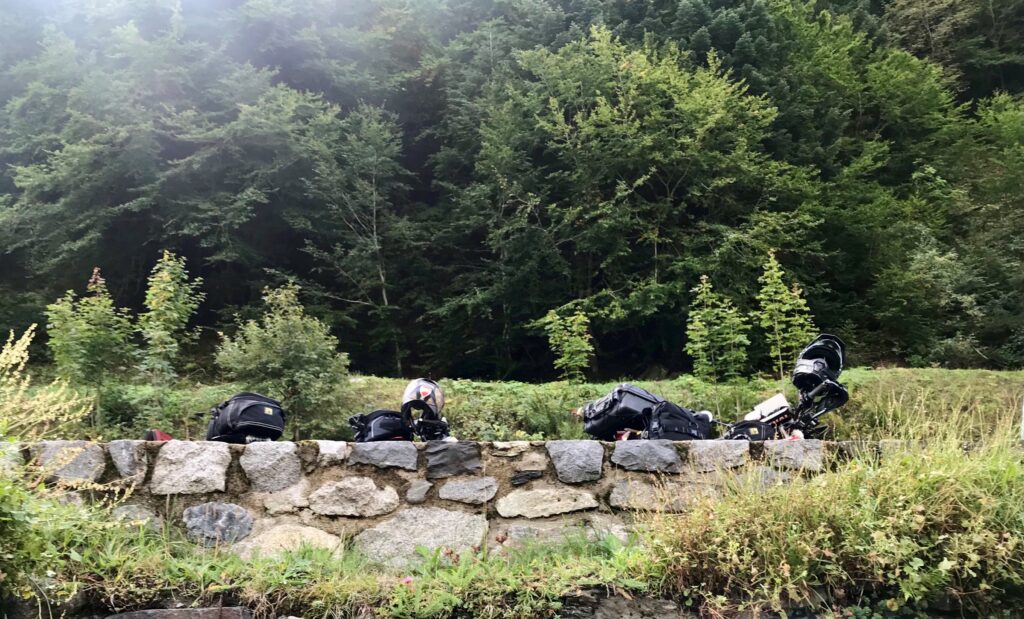 The SAM Club Night was very sparsely attended last Monday. Of course, that gave the stalwarts who turned up a better chance to win the raffle. Steve Brown (Chairman) presented the latest Observer certificate to Pete Lenthall. The roll-a-quid game needed more players. Debbie Fulton (Committee Member) is coordinating a survey of members for ideas on helping your club to develop further; and, have a lot more fun on our bikes. Click the link to fill out the survey – it’s only 3 questions! You can also give Debbie your ideas at the Saturday morning meetings at Meadowhall Retail Park. We rarely send out surveys to members, so talk to your SAM Club friends and let us know what you would like to see less of and what you would like to see more of in YOUR Club.

Travelling to Scotland? The Highland Council have issued a warning about a large-scale road closure, on the 25th June 2022, on part of the NC 500. So make sure that you plan your route carefully to avoid the runners of some Highland racing.

Just when you thought the issue of taking your bike from the UK to France was settled, civil servants in both countries decided to look at the agreement again! Apparently, they can’t agree on the ‘meaning of transport’ when a bike is being transported. It’s all to do with Import Duty payments, but I’ll let you read the article. In other news from France compulsory technical inspections (MOTs) have been suspended. They didn’t apply to bikes less than 125cc anyway.

Biker surveys seem to be the in-thing at the moment. FEMA’s survey of bikers’ ideas about motorcycle parking yielded a somewhat predictable result. They want it free and in a convenient location.

South Yorkshire Police have been very busy this month. There is a very good report of their activities in catching local thieves and are asking all of us to be vigilant and report any suspicious activity. The 20th June is the annual ‘Ride to Work’ day, so there might be an increase in the number of bikes around. Keep your eyes peeled and crime reporting number (101) on speed dial.

Bennetts Insurance have some timely advice on how to avoid common motorbike collisions. Definitely worth a read, even if we think we already know them all!

Alpinestars have issued a statement about the recall of their GP Plus glove. An excess of dangerous Chromium IV has been discovered in them, so look in your glove drawer to see if you have a pair lurking at the back.

Finally, the Whiteknights want a few riders to take part in various events. See the ‘What’s On?’ section for details. If it happens to be raining when you are out, there is a great new gadget you might want to look at to keep the visor clear. Until next week.