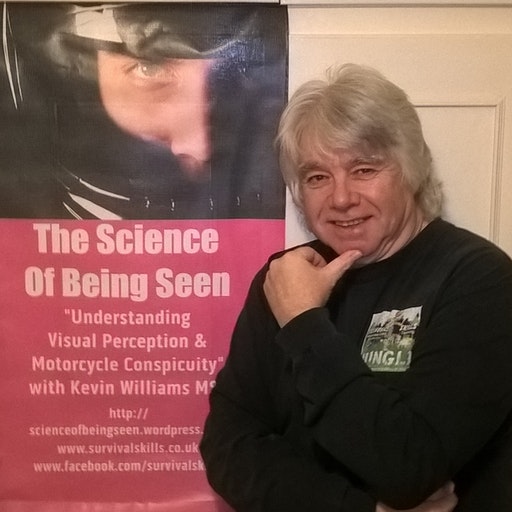 Thanks for opening the latest newsletter.

Once again, there’s a must-watch item on SUNDAY’S ELEVENSES WEBCAST where I follow up last week’s Trading Standards raid on stands at the Carole Nash MCN London Motorcycle Show, where over half the stands were found to be illegally selling non-approved bike clothing. Thanks to CE expert Paul Varnsverry’s photos I show you some of the tricks that were used to try to fool customers with fake labels or sidestep the rules with disclaimers, and I also show you what a good website should be telling you about their garments. The CE regs have been in place for FOUR YEARS so frankly, the lack of compliance is beyond shocking.

Don’t forget, the newsletter takes you to this week’s posts on Ko-Fi enabling you to sidestep Facebook altogether. Monday is now the newsletter’s regular date but occasionally other commitments might force it to come out later. Ko-Fi is NOT a subscription-only site – everything in this newsletter is FREE TO READ for at least seven days. Click the link, and read the post and it won’t cost you a penny. Don’t forget, no tracking or ads on Ko-Fi!

WHY NOT REGISTER AS A FOLLOWER – it’s free, and you get email alerts when a new post is ready to read. And if you find the articles useful, then you can consider supporting my writing by becoming a one-off SUPPORTER which will open up a HUGE archive of old articles that can be accessed via the Ko-Fi Content Index.

Become a monthly SUBSCRIBER to accesseven more specialist posts including DIY training articles, bike set up and rider psychology. Not bad for a little as £3 per month.

WHAT’S ON IN THE SURVIVAL SKILLS UNIVERSE

MARCH’S LIVE EVENT: Group Riding tricks and tips… with the promise of warmer weather just around the corner and the evenings stretching out nicely, so ride-out season is getting under way again as riders gather for group rides. Biking with buddies can be a lot of fun – I’ve had some of my best experiences with like-minded riders. But if ride-outs lack a bit of discipline it can be hard work and not particularly enjoyable. And occasionally group rides turn into a free-for-all. So stay out of trouble the Survival Skills way!
WEDNESDAY, 2 MARCH 2022 AT 20:00
Tickets cost £5. BOOK AT: http://thq.fyi/se/0852f14d860f

APRIL’S LIVE EVENT – ‘SOBS – the full presentation’… Science Of Being Seen is a 45 minute talk covering human visual perception and motorcycle conspicuity, and explains why conventional hi-vis clothing and day-riding lights have proven less than successful at preventing junction collisions. Discover how to use Survival Skills ‘proactive measures’ in your own riding.
WEDNESDAY, 6 APRIL 2022 AT 20:00
Tickets cost £5. BOOK AT: http://thq.fyi/se/9Lw_pWQ

CLUB & GROUP TALKS – As well as an online talk scheduled for New Zealand, I’ve now got talks scheduled for Oxfordshire, Cornwall, Devon and Gloucester and more are in discussion. If you’d like me to arrange something for your own group or club, get in touch. As well as ‘Science Of Being Seen’, ‘Crash Course (in how not to…)’ and my latest ‘Fewer skills, more Insight’ presentations, I have a selection of others on various riding issues. Available weekday evenings and weekends, via ZOOM or in person. Drop me a line to sort something out.

ELEVENSES ANCHOR PODCAST – the Elevenses webcasts that go out live (almost always) on Wednesdays and Sundays are now available as an audio-only podcast – check them out HERE on Anchor.

*** MYTHBUSTING MONDAY *** The Science of Speed Pt 1
Over the next few weeks I’m going to do a bit of myth-busting – taking some well-established beliefs about speed that many riders hold, applying a good dose of science, and seeing if any of them hold up to scrutiny. And I’ll start with this one. “I can stop faster than it says in the Highway Code.”  As I recall, one of the first to ‘prove’ it was the BBC’s Top Gear team, with Jeremy Clarkson regularly saying the Highway Code figures are out of date. And motorcycle magazines have done the same at regular intervals. READ MORE…

SoS February 19 Get the Big Picture – Smith System Pt 3
*** SKILLS ON SATURDAY *** Get the Big Picture – Smith System Pt 3 Over the last couple of weeks in SoS (and the two previous weeks in Focus on Friday), I’ve been looking at the old-as-the-hills ‘Smith System for Space Cushion Driving’. It may date back to the 1950s but the five guiding principles laid down are as relevant to biking today as they were then. They are  aim high in steering get the big picture keep your eyes moving leave yourself an out make sure they see you So today, let’s explain what’s so important about the need to “keep your eyes moving”.  READ MORE…

FoF February 18 Making time – survive or crash Part 5
*** FOCUS ON FRIDAY *** Making time – survive or crash Part 5 It’s the fifth and final part of a discussion about how to avoid the nasty SURPRISES! As I’ve discussed frequently in the past, the implications of studies into crashes indicates that we need to be aware of the POTENTIAL for things to go wrong a minimum of three seconds BEFORE they DO go wrong. Fast reactions AREN’T enough. We need to understand how an emergency might occur at least three seconds before it develops, and this fits not just with the DVSAs concept of detecting developing hazards – ones that WILL need a response and the 2 – 4 – 12 ‘Smith System for Space Cushion Driving’ that dates from the 1950s.  READ MORE…

ToT February 15 Traffic – how to fail your bike test Part Five
*** TIPS ON TUESDAY *** Traffic – how to fail your bike test Part Five Something I have heard experienced riders say far too often is “forget what you learned – it was only to pass the test”. Nothing could be further from the truth. Having a full licence doesn’t make the risks of riding magically evaporate. Hazards usually make us change of speed or direction. This is called a manoeuvre. The examiner may be watching to see if you plan ahead and carry out manoeuvres safely on the day, but what you learn will help keep you safe for the rest of your riding career.  What happens when we ignore what we were taught? We end up leaving everything to chance.  READ MORE…

That’s it for today. I’d welcome your feedback, as always.